Some musings on the Vancouver Canucks, and what it would mean if the Stanley Cup Playoffs were to start today. 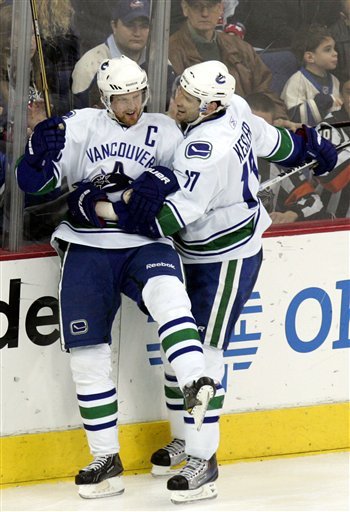 Kesler: "Hank, did you really just squeeze that backhander top shelf? Of course you did!" 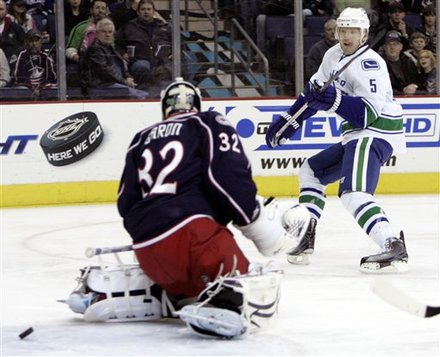 Jannik Hansen and Matt Calvert work for the puck in the 2nd period in Columbus, Ohio

With six games to go, a large number of these stats won't change too drastically. The standings watch won't end until April 10th, but many Canucks fans are eager to see who their first test in the playoffs will be.

Juicing up for the playoffs? Stay tuned to The Canuck Way for all the excitement and team developments!