No matter how they got here, or what direction they want to take in the future, the Vancouver Canucks are literally playing the most important game of their lives. 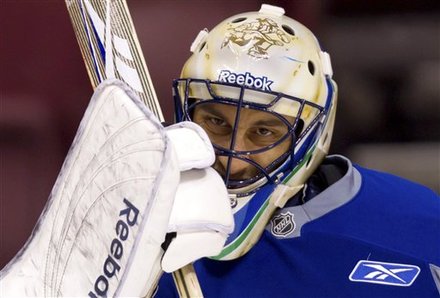 Only three times in history has an NHL team erased a 3-0 series deficit to advance to the next round of the playoffs. There has been a lot of talk about the Canucks' chances of earning the dubious distinction as the fourth team to facilitate such a collapse.

Rife with drama and storylines, this series has seen it all, from big controversial hits, to starting goaltending controversy, and questionable officiating. But it all takes a back seat to the drama in store tonight at Rogers Arena in Vancouver at 7:00 pm PST.

A lot of experts agree that momentum clearly is the advantage the Chicago Blackhawks carry into Game 7. But the Canucks aren't without positive signs - they outworked the Blackhawks for most of Game 6, as well as controlling the tempo and play through the majority of the game.

Rather than recap all that's been, I'd like to shift focus onto Four Keys for the colossal Game Seven.

Getting off to a fast, motivated start, complete with energetic, hard-hitting physical shifts has been integral to both teams' success so far this series. More than any other night, it's imperative for the Canucks to wrest momentum back in their corner. The Canucks were able to surprise the Blackhawks physically in the first three games, with Alain Vigneault doing an excellent job rolling through his deep lines, and establishing a solid forecheck. With the element of surprise gone, it'll be extremely important for the third and fourth lines to deliver effective hits, getting Blackhawk defenders worrying about what is coming, not what they're going to set up. 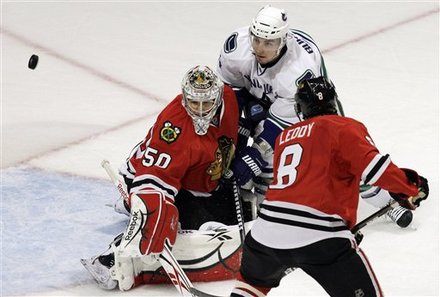 Alex Burrows was one of the best Canucks in Game 6, and will need to put it all on the line tonight against the Hawks (photo courtesy of Jonathan Daniel / Getty Images)

A very positive sign in the second period of Game 6 was the amount of time that Daniel, Henrik and Mikael (Samuelsson) spent in the Blackhawks zone. Their cycling of the puck is what made them so effective and dangerous in the regular season, and they appeared to be wearing down the Hawks defenders with it. Both teams have done a good job collapsing down low to limit the rebound chances, but Vancouver could gain a decided advantage if the Sedins force Chicago to expend valuable energy chasing the puck down low.

There is no question in my mind that Roberto Luongo will be starting Game 7. Subsequently, despite having played for Olympic Gold, and playing in some large playoff settings before, this is the game of his life. In only his first year of a 12 year, $64 M contract, the stakes couldn't be higher. Win or lose, it's up to Roberto to prove he can come through when it's all on the line. He did it before against the Dallas Stars, but fair or not, tonight will completely shape the rest of his career, given his past performances against the Blackhawks.

Unfortunately, the officiating has been suspect the last 3 games, and has been a hot button topic, not only in Vancouver, but League-wide. The Blackhawks have enjoyed a 22-12 edge (in powerplay chances) over the last four games, and hockey pundits agree that GM Mike Gillis had reason to be irate after Game 6. If the officials decide to punish the Canucks with more penalties, and miss calls like the one on Dave Bolland slashing Henrik Sedin's stick in half, it could be a very frustrating game for Canucks' fans. Expect the boo-birds to come out if the officials call the game similarly to Game Six.

At the end of the day, though it's little solace for Canucks fans, the hockey world will benefit from what should be an intense Game Seven. This is what hockey is all about, and every youngster in love with the sport dreams about playing a significant role in a deciding Game Seven. Will it be elation, or utter dejection for Canucks fans following this pivotal game in the series and franchises' history? Kevin Bieksa might have set the stage the best: "Sometimes it takes all your lifelines to earn $1 million. That's where we're at. We've used our 3."

Wishing the Canucks every fortune here from The Canuck Way, I'm Larenzo Jensen