With less than a week until the NHL trade deadline, the Vancouver Canucks may flex their own no-trade clause.

This, amidst a market that has definitely set a post-lockout benchmark - 17 trades involving 35 players in the last dozen days. GM Mike Gillis doesn't deny they'll kick the tires on a fourth line center. "We've tried different things and it's not out of the realm. There's a possibility of something coming our way that we think can help us. Right now, my feeling is that it would be a very minor type of trade, if at all. I'm very confident in this group." 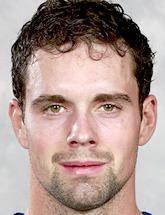 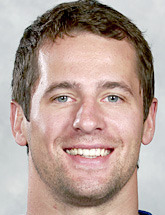 If all goes according to plan, both Ballard and Hamhuis will return to action this week

With some glimmers of hope surfacing that their defensive core will have injured players returning on Tuesday and Thursday, trade speculation has been quelled. It's expected Dan Hamhuis will return for duty against Montreal, while Ballard may return Thursday. Hamhuis surprised doctors with his quick recovery after suffering a concussion. "The young guys have been stepping up and it's good to know the depth in the organization because you never know what can happen in the playoffs." Recognizing how much they missed him (due to concussion), the Canucks are hoping that Hamhuis hasn't uttered some self-fulfilling prophecy. 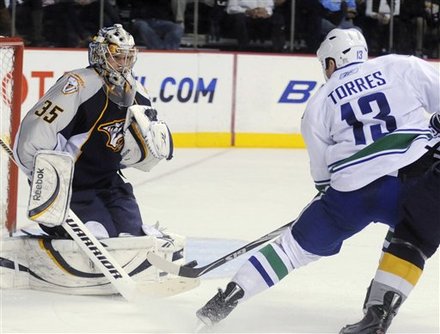 Mike Gillis added most of the pieces he felt necessary during Free Agency, including Torres, Malhotra, and Hamhuis

One interesting rumor that has surfaced pertains to Andrew Brunette, one of 5 Minnesota Wild players that become Unrestricted Free Agents. Should Minnesota fall off the pace during the next week, they might be interested in obtaining something for those players while they're still able.

Other names bandied about as a possible fourth line center are Andrew Murray (Columbus, $650,000), Marty Reasoner (Florida, $1.1m), and Zenon Konopka (New York Islanders, $600,000). While the salaries (the amount remaining) could be absorbed and still remain under the cap, money isn't the issue. Gillis emphasized team chemistry is of paramount concern. "You really run the risk when you like your team and they all like one another, play hard and hold each other accountable. It's a big risk making changes and I think we'll just wait and see how it goes."

In other words, it'll probably take another GM knocking Gillis' socks off with a trade offer to get something done before February 28th.